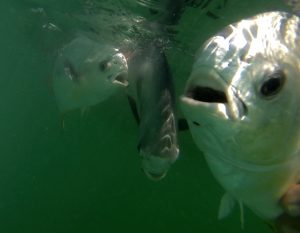 A trio of permit under water

Triple Tail? The fish by that name is a prized offshore catch that sports a hearty fight and is tasty too, if you choose to keep it. But a trinity of permit certainly boasts its own special level of bragging rights! My triad of anglers Michael, Dave and Shaun came in from various areas of the US for a Keys fishing adventure and managed this feat twice in one day using light spinning tackle. In between that awesomeness they reeled in their share of cobia, speckled sea trout, sharks and many of the real-deal tripletail. Not too bad for “slow season.” 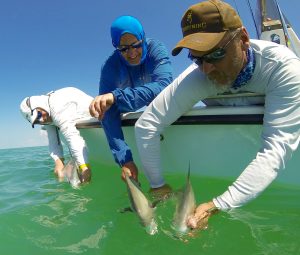 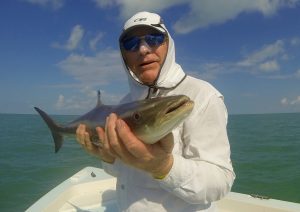